Arianna has extensive experience teaching, having served on the faculty of the Catholic University of America teaching Vocal Performance and Musical Theatre from 2008 – 2017, on the faculty of the University of Maryland for the fall semester of 2016 and as a faculty member and Senior Director of the Potomac Vocal Institute (Washington, D.C.) from 2016 - 2020. She has given master classes at Virginia Commonwealth University, the University of California, Los Angeles, University of Arizona, Gonzaga University (WA), Kent State (OH), University of Southern Missouri, University of Montevallo (AL), and has served on the the jury of the Annapolis Opera Competition (preliminary round, 2020 and semi-finals 2019), Partners for the Arts (final round, 2019), Maryland Lyric Opera Competition (2016) and was a member of the Jury of the American Traditions Competition, in Savannah, GA (2005). Her students have won first prize in some prestigious competitions including the Metropolitan Opera National Council Auditions, the Loren L. Zachary National Vocal Competition, the Licia Albanese-Puccini Foundation International Vocal Competition and the Kenwood Symphony Orchestra's Masters Concerto and Aria Competition (Minneapolis, MN). 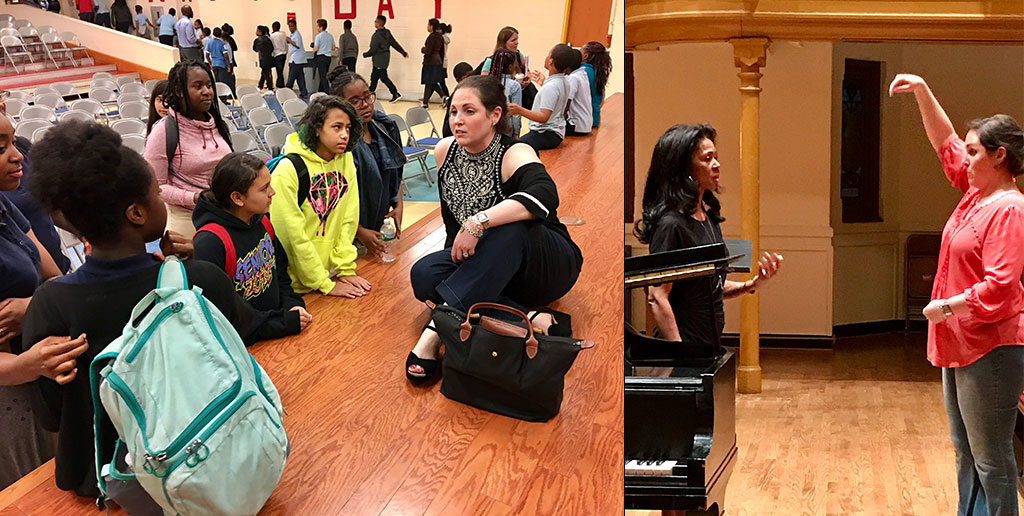 Arianna taught on the faculty of Bel Canto in Tuscany in Greve in Chianti (2017), at the National Arts Centre Summer Music Institute in Ottawa (2018 - 2019) and since 2016 has been the Chair of Vocal Studies at the Wintergreen Music Festival and Academy and is the Festival’s Advisor for Vocal Programming. She maintains a private voice studio in the Washington, D.C. area and currently is accepting students.